MR CHAN CHUN-YING (in Cantonese): Deputy President, Hong Kong has been crowned the world’s most competitive economy for the second consecutive year in the World Competitiveness Yearbook 2017 released at… Read more » 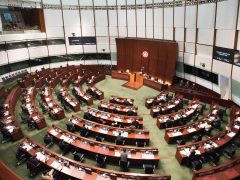